Things to do in El Salvador Tours

We will enjoy the beauty of  El Boqueron National Park, this is located on top of the San Salvador volcano at eighteen hundred meters. This park’s main attraction is an amazing crater 5 kilometers in diameter and 558 meters deep. Amazing as it sounds, there is a small crater within the crater named “Boqueroncito” (Little Boquerón).
El Boquerón enjoys a cool climate year round. The park offers many walking trails through pine trees where you can appreciate the beauty of many plants. Among the plant species identified are ornamentals such as “cartuchos”, hydrangeas, begonias and wild “sultanas”. There is wildlife such as armadillos, raccoons, deers, foxes, among others.
Around this area, you will find many restaurants with great views of the city and real Salvadoran food!!!

San Salvador, a city with a lot of historical richness and beautiful buildings. During this tour we will walk through important streets of the capital 0f san Salvador; we will visit some of the main places such as, The National Palace, Metropolitan Cathedral, The Rosary Church (El Rosario Church), as well important squares. after walking around the Historic Center, we will drive to El Boqueron National Park in San Salvador volcano also named (Volcan quetzaltepeque), with a high of 1,893 meter above sea level where you will enjoy  a nice weatheR and an spectacular views of the volcano’s crater and the best view of the city.

​San Salvador City Tour
This tour includes the Historic Center of San Salvador, which includes the Metropolitan Cathedral, the National Palace, El Rosario Church, Parque Libertad and much more. In the afternoon, we'll visit El Boqueron National Park where you can enjoy a spectacular view of the crater of the San Salvador Volcano, as well as, the entire city from an altitude of 1,893 mts over sea level.

Here is some information about the places that we will visit in San Salvador :

San Salvador city (English: Holy Savior) is the capital city of El Salvador, and the capital of the San Salvador department. It is the country's most populated municipality, as well as its most important political, cultural, educational and financial center.The San Salvador Metro Area is the core nucleus of El Salvador and is one of the largest urban centers in Central America.The historic downtown of San Salvador includes the area where the capital city of El Salvador has been located since the 16th century. The original buildings of the Spanish colony have been mostly destroyed by natural disasters over the years. The few notable surviving buildings were erected in the late 19th and early 20th centuries. Mayor Norman Quijano started several large projects with the goal of restoring the former grandeur of the buildings in the center. One such project is to reroute the public transportation routes so they no longer pass through the historic downtown. Another project is the relocation of illegal street vendors to a designated public market.

National Palace
The current National Palace building replaced the old National Palace built in 1866–1870, which was destroyed by fire on December 19, 1889. The construction, done between 1905 and 1911, was the work of engineer José Emilio Alcaine, under the direction of the foreman Pascasio González Erazo. To finish the project, legislation was passed that collected one colon for every quintal of coffee exported. The materials used were imported from several European countries including Germany, Italy and Belgium. The Palace's facilities were occupied by government offices until 1974.

Metropolitan Cathedral
The Metropolitan Cathedral of the Holy Savior (Catedral Metropolitana de San Salvador) is the principal church of the Roman Catholic Archdiocese of San Salvador and the seat of the Archbishop of San Salvador. The church was twice visited by Pope John Paul II, who said that the cathedral was "intimately allied with the joys and hopes of the Salvadoran people." During his visits in 1983 and 1996, the Pope knelt and prayed before the Tomb of Archbishop Óscar Romero, assassinated in 1980. His tomb is a major draw for pilgrims. The Cathedral's site is the location of the old Temple of Santo Domingo (St. Dominic).

National Theater of El Salvador
The Teatro Nacional de El Salvador, or National Theater of El Salvador, is the oldest theater in Central America. It was designed by the French architect Daniel Beylard, with construction starting on November 3, 1911. The building was inaugurated on March 1, 1917. It is of French Renaissance style with modern touches, and was decorated by the Italian architect Lucio Capellaro. Its Grand Hall is considered one of the most beautiful and elegant halls in Central America.
The theater is open to tourists, and after the Historic Downtown Restoration has been used for plays, shows, operas, song recitals, and modern dance performances. It is the largest and most luxurious theater in Central America, and was declared a National Monument in 1979.

Calle Arce
Calle Arce (named after General Jose Manuel Arce, first president of the Federal Republic of Central America) is a major street in San Salvador. Mayor Norman Quijano inaugurated the first phase of its redevelopment near the Plaza de la Salud, which focuses on improvements to the sidewalks between 21st and 19th Avenida Norte. Twelve antique lights, originally from Spain and dating from 1900, will be installed, along with six benches and forty trees.
At the same time, sidewalks will be renovated with ramps to provide access for people with disabilities and seniors. Calle Arce is monitored by 24 members of the Corps Metropolitan Agents (CAM), who specialize in the maintenance and protection of the new public space.

Plaza Gerardo Barrios
La Plaza Gerardo Barrios, also known as the Civic Plaza, is located in the heart of the city. The statue that dominates the site, designed by Francisco Durini Cáseres, is dedicated to President Gerardo Barrios and was unveiled in 1909. It was the work of the sculptors Antonio and Carlos Ezeta, who were brothers. The figure, made of bronze, is placed on a pedestal of granite and depicts battle scenes and the shield of El Salvador.
Plaza Gerardo Barrios is the site of many demonstrations and political rallies. Mass is celebrated there as well, and it is the destination of many parades. The plaza is also the focal point for celebrations accompanying the feast of San Salvador on August 5 and 6. The religious procession called El Descenso ("The Descent"), dedicated to the Divine Savior of the World and representing the resurrection of Jesus and his descent from the tomb, terminates there.

Plaza Libertad
Plaza Libertad is the location of the Monumento de los Héroes (Monument to the Heroes), a commemoration of the centenary of the "First Cry of Independence" in 1811. The monument, designed by Francisco Durini Cáseres, and installed in 1911, is crowned by an "angel of freedom" at its pinnacle, holding a laurel wreath in both hands. As a consequence of increased commercial activity, the area around the plaza was enhanced with the construction of two ornate buildings, the Portal la Dalia in 1915–1916 and the Portal de Occidente in 1917.

Plaza Morazán
During the administration of President Rafael Zaldivar, the Salvadoran government ordered the erection of a marble statue here to commemorate the fortieth anniversary (March 15, 1882) of the death of Francisco Morazán, former president of the Federal Republic of Central America. The sculpture was created by the artist Francisco Durini Vasalli originally of Tremona, Italy. The government declared March 15 as a day of national civic celebration, and Morazan's son attended the inauguration as a representative of the Government of Honduras. 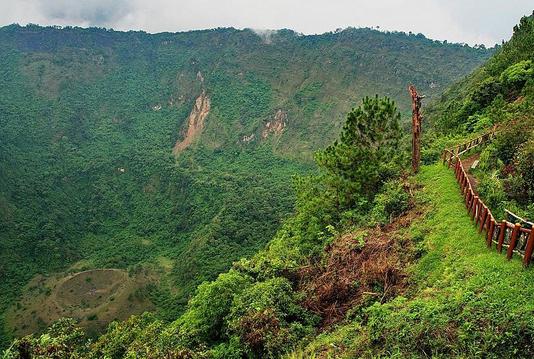 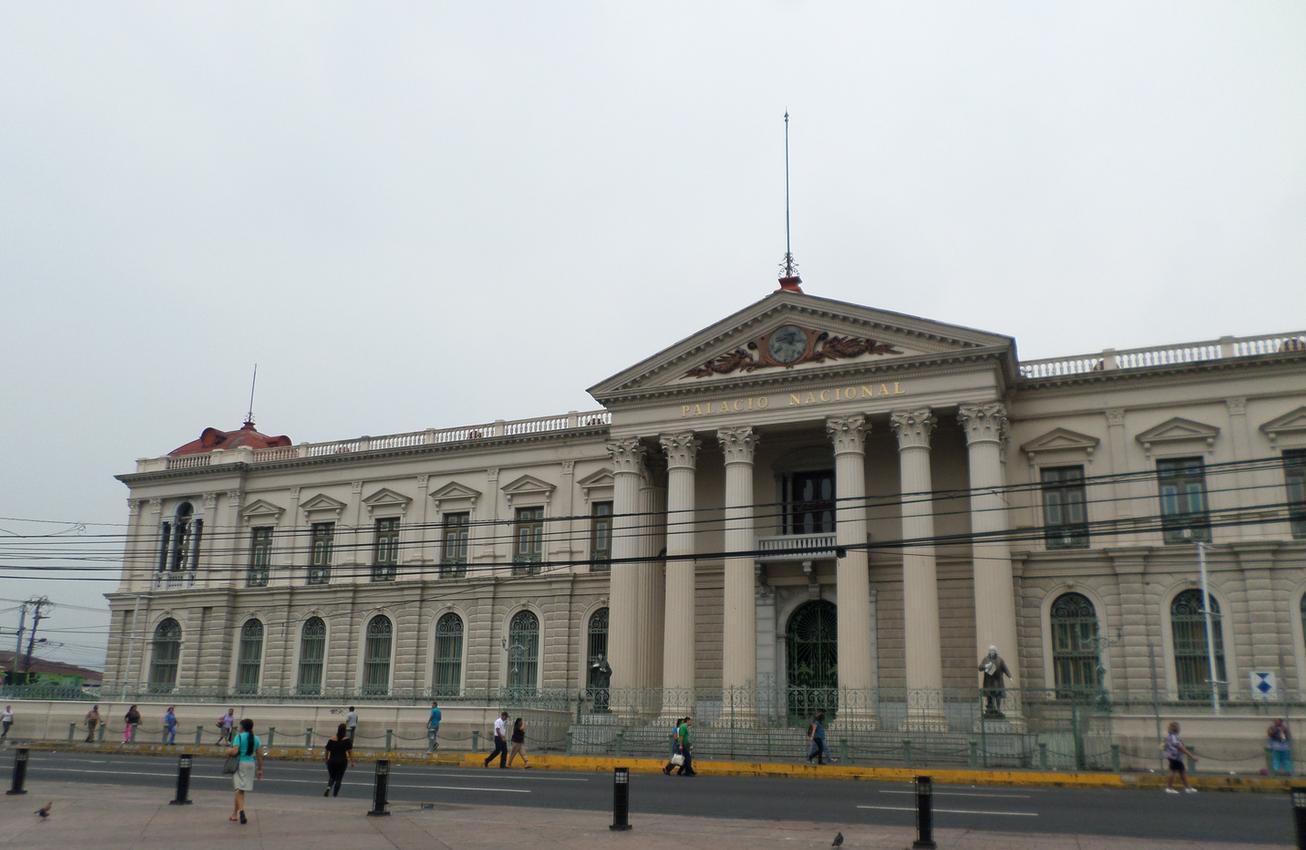 Private Tour prices are based on pick up/drop off locations in the city of San Salvador.

For pick up/drop off locations outside of the city, or adding on additional experiences, please contact EC Tours for a quote.